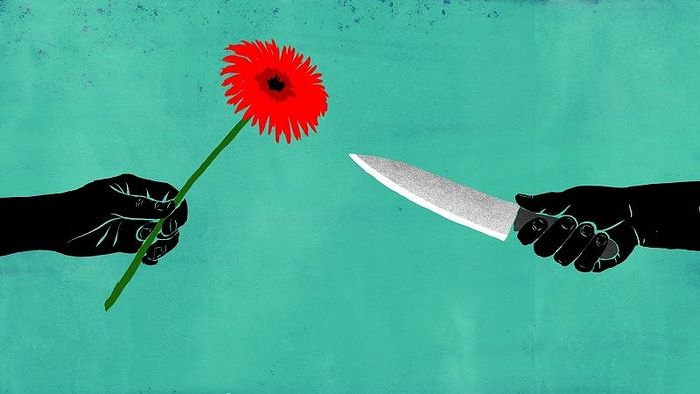 43. You have heard that it was said, ‘You shall love your neighbor and hate your enemy.’ 44. But I say to you, Love your enemies and pray for those who persecute you, 45. So that you might be sons of your Father who is in heaven. For He makes His sun rise on the evil and on the good, and sends rain on the righteous and the unrighteous

Matthew probably wrote his Gospel in the 60s A.D. He wrote his gospel to be evidence for the people of Israel about The Messiah they have been waiting for all their life (Bible Handbook Robert Boyd). It is called the book of The Christ, King but He was not just a King of Jews but He is the King for everyone both Jews and Gentiles.

Matthew was a tax collector under the Romans. This was an office of bad status among Jews, the tax collectors were called the traitors or betrayers. Some of the historians believed that Rome meant to be a free country with different ethnicities living together. They say that, with so many nations living in Rome, only Jews were difficult to live with because they were against paying taxes to the gentiles and they resisted the government, and many zealots have started the revolution of going against the Roman government and were killed doing it. Matthew knew the Jewish differentiate him because he is a tax collector, he has felt the hate and being felt like an outsider from his community because he was working under the foreigners. As we see in the scriptures before, the Israelites were meant to be the light of the world and salt so that, everyone could be blessed by them but they failed at it. Matthew showed them that Jesus is the true Israel and everyone who is going to believe in Him, shall be saved and through Him, everyone is going to be blessed by Him. Jesus condemned some of the Jewish traditions and their interpretations of Moses’ law. As we see in these verses, He confronted their teachings and challenged them to unlearn them. He did not give them the option but a decree as a King of theirs.

43. For you have heard, it was said. Jesus is addressing the problem of their traditions and teachings by saying you have heard which means this was the norm in the Jewish culture. “You shall love your neighbor” is from Leviticus 19:18 The neighbor of Leviticus 19:18 was the fellow Israelite but it does not mention hating your enemies or other nations. But the non – Israelite was to be made welcome as we can see in Leviticus 19:24 (TNTC Matthew R. T France pg 163)

Hate your enemy is not a quotation from Old Testament but it was the teaching of Jewish of that time.

Hate your enemy is not a quotation from Old Testament but it was the teaching of Jewish of that time.

Quote: “If a Jew sees that a Gentile has fallen into the sea, let him by no means lift him out. Of course, it is written, ‘Do not rise up against your neighbor’s life.’, but this man is not your neighbor – Chip Bell (Article from bible.org) Both Love and Hate are adverbial, this is something you do not just feel.

44. Εγω δε λεγω υμιν. Jesus emphasis on the word I say to you which reminds us in the Old Testament when it says But God says to you or Thus say the Lord. Matthew is showing that Jesus is The King proclaiming His kingdom values. Jesus is giving the command as a God and King.  Αγαπατε and προσευχεσθε are the imperative moods. It shows us that Jesus is commanding them to Love their enemies and pray for those who persecute you. This was not what they have heard, this seems bizarre for them and even for us to love our enemies and pray for those who persecute us. They were a minority, we are also a minority in our country. It is not an option for us but a command from the King which needs only obedience.

45.οπως γενησθε shows the purpose of what has been said that you might become the sons of your Father who is in heaven because the son shares the father’s character. This goes to the character of God being love, who does not take pleasure in the death of the wicked (Ezek 18:23). He makes his sun rise on good and evil and sends rain on righteous and unrighteousness. It is in God’s heart that everyone comes to Him and be saved. His son died for everyone that whoever believes in him shall be saved. Jesus died for everyone not just for Jews but for gentiles as well. He showed what the Father’s intention has been all along. He wants everyone to be saved. That is why, when Jesus died and rose from the dead He became the King not just for Jews but for everyone who believes in Him. We were the enemies of God (Romans 5: 10) but still, Christ died for us so we can be part of His family. He loved us, not by mere words but by dying for us.

Don’t fret and fume and plot revenge. Copy your generous God (Matthew For Everyone N.T Wright pg 66) What you and I can do in the light of these verses? We can Love (αγαπατε), Pray (προσευχεσθε) and Become (γενησθε). We can love our enemies, We can pray for those who persecute us, and then we can become the sons of our Father who is in heaven. Find a person in your area or community whom you can bless today, someone who might think differently than you or might be the enemy of you. Pray for the ones that hate you or dislike you or persecute you, so you can become the son of your father who is in heaven.